Starting school is a major event in a child’s life. We try to make this important event as pleasant and enriching as possible. Prior to your new entrant starting school, it is recommended that they visit the school to become familiar with their new surroundings and teacher.

Please contact the school to make time for your pre-entry visits.
When you enrol your child you will meet with the Principal who will provide you with the information you need and together you will complete an enrolment form. Please could you bring with you a birth certificate, and if your child has been immunised, an immunisation certificate.

Click here to use our Linc Ed online enrolment form.

All students who live within the home zone described below and shown on the attached map shall be entitled to enrol at the school.

Addresses on both sides of boundary roads are included unless otherwise stated below.

Proof of residence within the home zone may be required.

Out of zone enrolments

Each year the board will determine the number of places which are likely to be available in the following year for the enrolment of students who live outside the home zone.  The board will publish this information by notice in a daily or community newspaper circulating in the area served by the school.  The notice will indicate how applications are to be made and will specify a date by which all applications must be received.

Applications for enrolment will be processed in the following order of priority:

The order of priority in which applicants who live outside a school’s home zone are to be offered places at the school is as follows:

(b)         second priority must be given to any applicant who is the sibling of a current student of the school:

(c)         third priority must be given to any student who is the sibling of a former student of the school:

(d)         fourth priority must be given to any applicant who is a child of a former student of the school:

If there are more applicants in the second, third, fourth, fifth or sixth priority groups than there are places available, selection within the priority group will be by a ballot conducted in accordance with instructions issued by the Secretary under Section 11G(1) of the Education Act 1989.  Parents will be informed of the date of any ballot by notice in a daily or community newspaper circulating in the area served by the school.

Applicants seeking second or third priority status may be required to give proof of a sibling relationship. 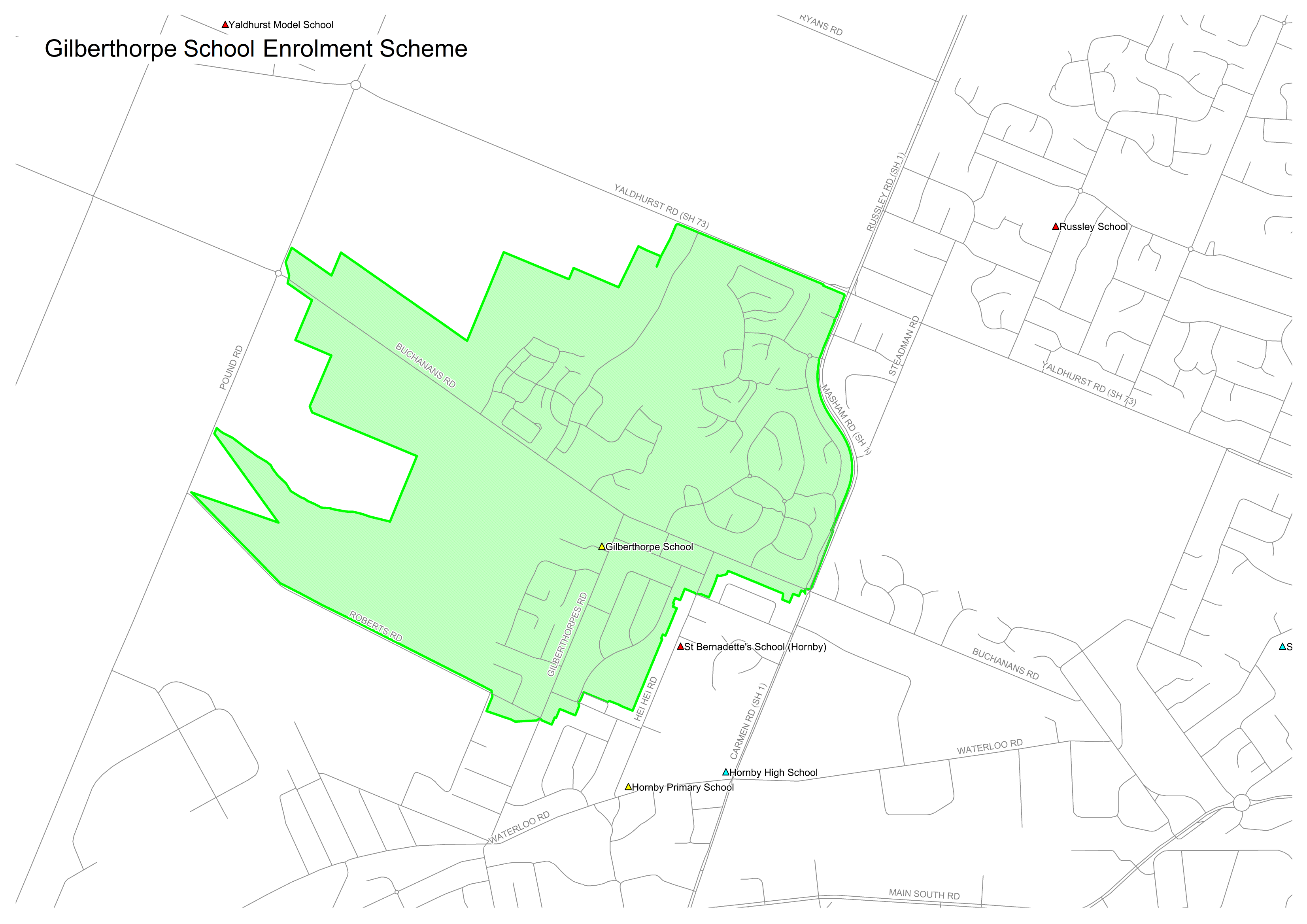 Our school uniform colour is blue. We do not have our school logo on our uniform so families are able to purchase items from different retail outlets which can work out to be less expensive. There are some variations in how children can put items together.

Click here to go to Mainland Uniforms where you can make purchases online.

Classroom teachers will take the roll at 9am and again after lunch. If there is an unexplained absence, families will be contacted.

Regular attendance at school is vital if your child is to maintain a satisfactory standard of learning. It is also important that your child arrives at school on time. If your child is absent or late for any reason we appreciate a telephone call to notify us – phone 349 7363. We also have a cell phone you can text us on 0273507435

Children are encouraged to bring a healthy lunch from home. Children are not permitted to leave the school to go to shops during the lunch time. Parents should advise the school if they wish for their child to go home for lunch.

The school canteen is open Wednesday and Friday morning from 8.30 to 9.00 a.m. for the children to order their lunch. A canteen menu is included on this website.  Orders can be taken in Te Ara Takitini.

On the first Wednesday of each month Subway can be ordered through the school. Order forms will be sent home the week prior. Order forms need to be back to the office by 9am on the Tuesday prior to delivery day.

Please note that this may change for 2019 so we will update.

The school works on a subscription basis with SchoolDocs to maintain, update, and review our policies. This system provides us with a comprehensive core set of policies which have been well researched and follow the Ministry of Education National Administration Guidelines. The policies and procedures are tailored to our school, and the school supplies specific information such as our charter, and procedures for behaviour management, reporting to parents, etc.

Policies are monitored by SchoolDocs and updated, modified, or created in response to changes in legislation, significant events, Ministry guidelines, reviews/requests from schools, and regular reviewing from the SchoolDocs team. Our board of trustees has the opportunity to view changes and additions and comment on them before they are implemented.

We will advise you when policies are up for review and how you can take part in the review.

We invite you to visit the site at http://gilberthorpe.schooldocs.co.nz/

The School Donation, which is suggested annually by the Board of Trustees, is a donation made for actual costs incurred by the school in providing school newsletters, school notices and homework assignments. We have tried to keep our suggested donation at a low level.

The suggested donation for the current school year is $40 for a child and $50 for a family regardless of the number of children. This can be paid at the office.